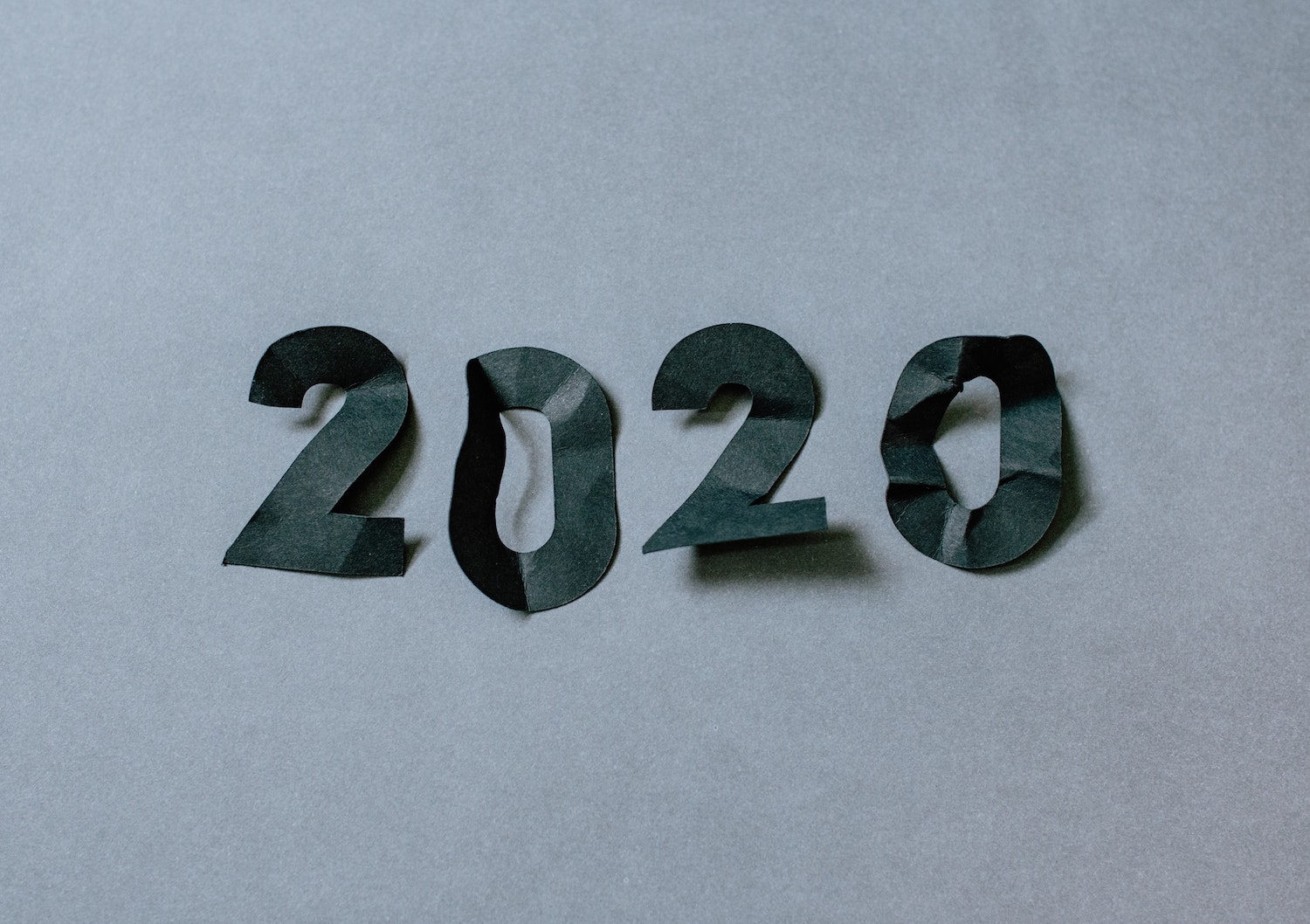 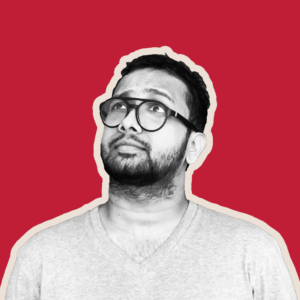 Phew! Now that we are surely and safely in 2021, I’m going to talk about 2020 – the year that should not be mentioned! For most of us, 2020 came as a real killjoy. It messed with the all the grand plans we had, and it put us in a state of collective fear unlike anything ever before, and it pushed us way out of our comfort zones. But if you are listening to this today, maybe take a breath and let it sink in that we are actually here. We rarely express gratitude for staying through a year, but staying through 2020 really deserves it. It was a year of staying alive, literally and figuratively. And I think we should all take a moment to appreciate that we’ve managed to move over to a new year alive. The whole year division is a completely manmade construct, but it’s good to have checkpoints where one can take stock of things.

As a musician, as an artist, I was certainly pushed away from everything I had taken for granted. My creative balance, my mental balance.. and my bank balance, surely. Before the pandemic struck, I was very happy-go-lucky, and just did things that came my way, never really stopping to think of the future, or the present, for that matter. I was suddenly facing months of uncertainty ahead with no real plan. Being pushed so out of my comfort zone, everything crumbled at first. But slowly, I learned a few things about me, about the world around me, about the people around me that I would never have stopped to think about, if 2020 was a normal year. For that I’ll always remember 2020, no matter how awful it was. So here are a few things I picked up. I hope you can connect to at least a few of these.

One : You’ve Got to Take Charge

One thing that became glaringly obvious in 2020 is that the world will keep throwing problems at you, but until you shift the responsibility to yourself, you will be stuck. For the initial few months, I naively assumed everything will be back to normal soon, and that I can get back to performing, and singing like I used to. I was waiting on the world to somehow understand my situation and get back normal. Looking back, I think this unwarranted optimism was simple human defence mechanism. It was after several introspections, and conversations with the people closest to me that I realized I have to take charge. The future that I hope will take care of me won’t manifest on its own. I realized I’ve got to build that future.

Two : The universe or the world doesn’t care.

That is not to be cynical. We all have the habit of expecting good things from the world because we think our actions are pure. In reality, I’ve realized the world doesn’t work in that system at all. For example, when we start working on something, and identify a set of initial challenges to tackle, we get working on them, and we check if off, one by one. But more often than not, we are left with a whole new set of challenges. It is very easy at this point to give up, feeling the world isn’t working in your favour, or that you’re not getting the results you were hoping for. It took a lot of effort for me to finally understand that I’ve got to start to enjoy solving those problems. Because that’s all I’ll ever really do in life – solve problems. I’m someone who spends a lot of time trying to perfect something before I put it out for the world to see. But I realized over the last few months – a little too much time, because that’s actually time I could spend working on other things, and learning even more, than perfecting that one thing I’m working on. I realised it’s probably my fear of judgement that makes me want to work on things until I get it just right. I’ve realized that, in the long run, it’s much more beneficial to me if I put my work out there, learn from it, move on and apply it to the next thing I do. A key decision this year is to shed the inhibition I’ve built over the years, and to start doing things, tackling problems one day at a time

Three : Realisations about myself

I’ve understood that at my core, I’m a logical schedule-driven person, and that my biggest nemesis is my own over-whelmed brain. Most days where I end up being non-productive, it’s because I had too many things in my mind, not because I was blank. I tried many methods to come to terms with this. Meditation didn’t stick, because my mind was already racing when I sat down to pause. But it’s definitely something I hope to get to, one day! Putting a list of things to do on my phone app worked to an extent, but I was still missing something. One day, on an impulse, I bought a blackboard and some coloured chalks because I felt an analog method would work. The act of physically writing down a task, erasing it off when I was done with it, seemed to work initially. But then, slowly, the board became too crowded and I didn’t know what task to work on in a particular day. The board became a reflection of my brain. What finally did work though, is this system called bullet journaling, which my wife suggested to me. It’s completely analog, and helps you set goals for your year, half year, or month, and break them down into tasks you can do each week or day. My mind is now so much clearer than it used to. If you think your mind works similar to mine, give bullet journaling a shot. It might change everything for you.

Four : I’ve realized that I like creating, in any form

Before the pandemic hit, I put myself in a tight box of a ‘musician’, and forgot a lot of my earlier hobbies and passions. These few months, I dabbled into a bit of everything. On a visit to my grandmother, I saw her cross-stitching work that she had done even before I was born. It caught my fancy and I spent some time working on some cross-stitch lettering. Though it still lay unfinished, the joy I got from it has been tremendous! Recently, I spent a few weeks working on my website, and doing everything from the design, to copywriting, to technical stuff, made me realise I derive the same joy of creating from all of these things as I do with music. So, if there’s one key decision moving into 2021, it is that I’ll keep creating, simply because it makes me happy. And that I will not label myself.

Five : Values that matter to me

My wife and I had several conversations – short and long – while trying to make sense of this whole year. And we realized that the one thing that can always make a difference in this world is being kind. Helping another person out. We would want our future kids, whenever that happens, to be kind, over anything else. Because it truly is the most impactful thing you can do. I want to mention something here. I had the lovely opportunity of singing a song for the amazing composer Prashant Pillai recently. I had been following him for a while on social media and his approach to life, work, success and goals seemed to make sense to me. So when I did get to work with him, after the recording, I mentioned that I’d love to have the opportunity to talk to him personally for a while, whenever he is free, to sort of get clarity on a few things that had been bothering me. And he was kind enough to do just that, towards the end of December. That conversation with him made a lot of pieces in my brain click together and made me feel like I’m going into the new year as a much better person. A small act of kindness from him, but the impact it made in me was tremendous. I only hope to keep the momentum going forward now.

So that was about my 2020. A year I’ll always remember for what it taught me. I’d love to know what your 2020 was all about. Let me know in the comments below or send a message. Happy new year!

PS : This blog post is also available as a podcast. 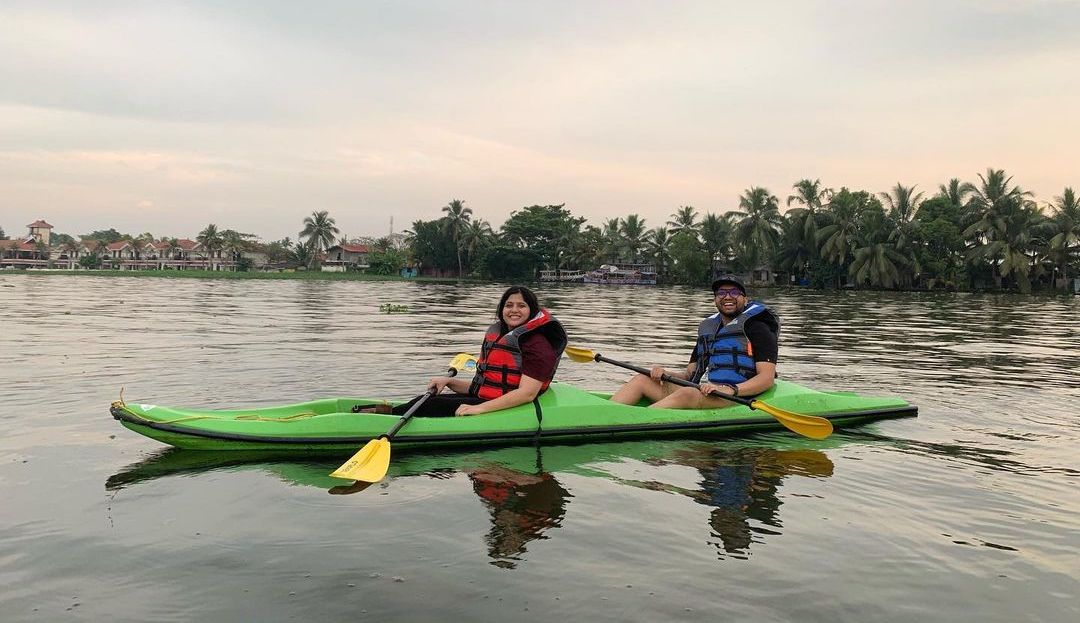 “Chippi, I think we’re drifting away,” I told my wife. It was just a casual observation. About the kayak that we were on, wobbling and bobbing away because we still hadn’t figured out how to paddle.  This was a trip I wanted to take ever since I learned you could